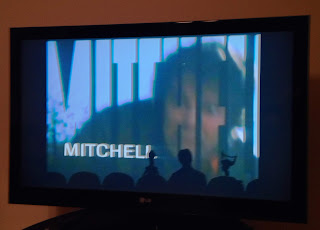 And with that I’ve seen most of what I wanted to see of classic MST3K. I’m going to move onto other series. I think it’s also important for me to remind you that Doctor Who starts back up January 1, 2020, and I’ll be watching that as well.
Posted by Robert Collins at Monday, December 16, 2019 2 comments:

Email ThisBlogThis!Share to TwitterShare to FacebookShare to Pinterest
Labels: videos

I’m going to give an email newsletter another go.

My thought is to mention what’s inspiring my writing, talk a little about what I’m watching and reading, and let subscribers know what I’m releasing. The plan is to send it out on the first Thursday of each month. The first one will go out in February. This should give me time to get things ready.

You can subscribe through the link next to this post. I’ll try to post another reminder next month. I hope you’ll like the new newsletter!
Posted by Robert Collins at Thursday, December 12, 2019 No comments:

Email ThisBlogThis!Share to TwitterShare to FacebookShare to Pinterest
Labels: promotion 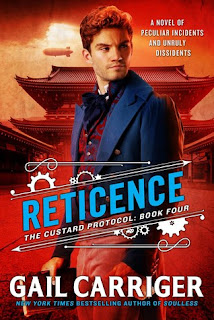 I’ve read a few more books since my last post on this topic.

I completed the last half of Gail Carriger’s Custard Protocol series, Competence and Reticence. I really enjoyed both books, and the series as a whole. There was quite a bit of building out the world, even up to the end of the last book. Both books had delightful character romances of quite different kinds (I won’t say more because spoilers.) I liked that both books were told from other point-of-view characters. Gail’s characters are good, but it was fun to get into lots of heads and see everyone from a variety of perspectives.

I also read three short books by Victorian author George MacDonald. He was one of the era’s pioneers in the fantasy genre. The books of his I read were The Light Princess, The Princess and the Goblin, and Phantases.

The first two are breezy little fairytales with a good sense of humor about them. The first is about a Princess who loses gravity (in both senses of the word) while the other is more of an adventure. The third book tells of a young man’s visit to Fairy Land and the strange, dark, and wondrous things he finds. It’s intriguing but also somewhat overwritten, which slows it down.

I’m not sure how much I’ll read coming up, but what I do read I’ll post about it. I hope you’re enjoying what you’re reading!

P.S.: You might notice that box on the right. Yes, I am going to restart my email newsletter. It won’t start until February so I can work any kinks out before the first newsletter goes out. I’ll post more later...
Posted by Robert Collins at Monday, December 09, 2019 No comments:

Almost to the end of the year! Here’s how much I wrote in last month.

All that means I wrote 278 pages in November. That’s almost 50 pages more than what I did in October. I did pause for a week that month, so the numbers this month feel only a little ahead of normal.

I have a few more projects to tackle once this work is complete. I have some ideas on what to write after that. I think I should end the year in good shape.
Posted by Robert Collins at Monday, December 02, 2019 No comments: