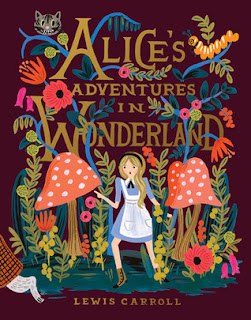 Here's what I've read since I last posted on this subject back in January. As always, the book title links go to the book pages at Goodreads. The books:

The Forgotten Beasts of Eld

Through the Looking-Glass and What Alice Found There

I had read Alice's Adventures some time ago, and had started Through the Looking-Glass, but both had faded from my mind. It seemed like a good time to get back to them.

Next month I start publishing new books. Between editing and writing, I probably won't have as much time to read as I have these last few months. There might be some time before the next post like this comes out.

In the meantime, you can send me a friend request at Goodreads or follow me. If you've read and liked my books, please rate them.

Happy reading to us all!
Posted by Robert Collins at Monday, February 11, 2019 No comments: 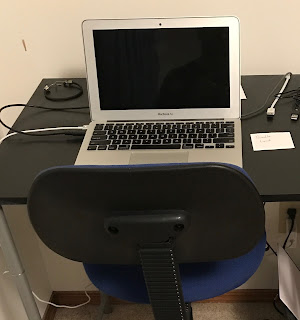 It's a new year, so it's also a new round of monthly posts about how much I'm writing.

January started off a bit slow. I read on one of the forums I've joined that it's become much easier to directly upload to the online stores of Barnes & Noble, Kobo, and Apple. I've switched from using Smashwords to get into those stores to going direct. I took some of my writing time to make the switch.

I finished the novel I had been working on. It turned out to 115,000 words long. It's the first of a trilogy, so after a brief break I started in on the second book. Once the uploading was done my writing took off. That means I wrote 209 pages in January. If I had met all of my session goals for the month, I'd have written 216 pages. So, not that far off.

The book seems to be moving along well. I might miss some sessions because I'll have to edit my next book for publishing in March. My hope is to edit outside of writing time, but I'll have to see how that works.

Here's hoping for good numbers in February!
Posted by Robert Collins at Monday, February 04, 2019 No comments: