Tales of the Defender: Volume 5 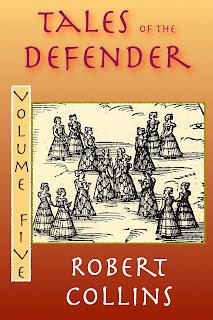 Tales of the Defender: Volume 5 is now out. Here's the blurb:

This volume contains the Defender stories 21 to 25. Other Defenders have joined the fight for justice. But justice isn’t always easy to come by, and the Defenders sometimes must make strange and worrisome allies…

This is available as a print book only. The next Defender ebook will be out next month. Check the Defender page for store links for Volume 5.
Posted by Robert Collins at Monday, February 13, 2017 No comments: 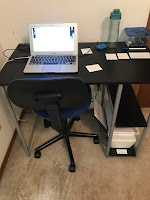 Another year brings another series of posts about how much I'm writing.

I think due to a little sickness, plus some holiday laziness and a few errands, I didn't write at all the first week of the month. After that the words just flowed. I've had quite a few sessions where I wrote more than the expected 4 pages a session.

That means I wrote 164 pages in January. That's just under 30 pages less that I might have written had I been writing the whole month. In other words, I may have lost a week in days, but I lost less than a week in actual pages written. I'll take that!

I'm close to wrapping up the piece I've been working on. I have another to start on when that's done. In writing the present story I had an idea for another story in this world, though I haven't yet plotted that one out. There's also another story I could continue working on. I think I should be able to keep up a good pace in February. Here's hoping!
Posted by Robert Collins at Wednesday, February 01, 2017 No comments: