LISA'S WAY is back! 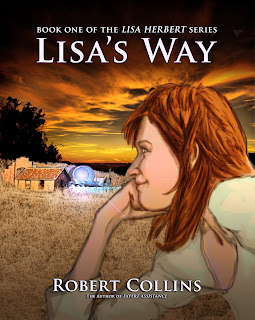 Lisa's Way, my second novel, is available once again. It has a great new cover by Matt Orsman. I'm pleased to report that I've been able to lower the prices for the print and ebooks versions. If you don't know what the book is about, here's the back-cover blurb:


Teenager Lisa Herbert lives in the small town of Mountain View on the planet Fairfield. The “Savage Rain” decades earlier shut down the hyperspace gate and isolated her world. A casual remark from her sister gets Lisa to ask a simple question: “If life was better before the ‘Savage Rain,’ why couldn’t it be better again?”


That question starts Lisa on a journey. She reactivates Fairfield’s H-gate and travels to three worlds. Each planet offers her a chance to improve life by hard work, by trade, or by making friends. She relies on her brains, her compassion, and a little sneakiness to solve the problems she faces.


Lisa’s Way presents a heroine more interested in reasoning than fighting, and more concerned with doing good than looking good.


I hope to have news on signings and reviews in the coming months.


Thanks for your support!
Posted by Robert Collins at Friday, November 25, 2011 No comments: 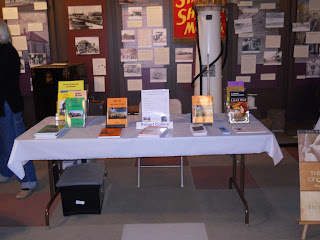 On Friday, November 18, left for a three-day trip. The goal of the trip was to do the Author Roundup at the Prairie Museum of Art and History in Colby, Kansas, on Saturday the 19th.

I hit a few museums and libraries on the drive up and sold some copies of Kansas, 1874. At the Roundup I sold seven books, plus placed several copies of three titles at the museum gift shop. I also took several pictures along the way. I didn't take as many as I wanted, though, mainly because Saturday morning was windy and cold.

The only problem with the trip was that I managed to crack my windshield. It looks like replacing it won't be too expensive or take too much time. So aside from that mistake on my part, this trip paid off nicely.

That was my last event of 2011. Overall I have to say that I had a good time this year. I did pretty well in terms of book sales. I went to some places that I had never been to before, or hadn't visited in a long time. I met plenty of people and on some occasions took pictures of the sights along the way.

I have a handful of conventions that I want to get to next year. I don't know how many book talks I'll be doing; I have some places to contact, while others I'll just wait and see.

So, what's next here at the blog? Well, there will be more short story posts because I have more of them to upload. I think I'll also post some of the pictures I took and write about what, why, and so on. And there will be some big news in the next week or so.

See you then!
Posted by Robert Collins at Monday, November 21, 2011 No comments:

This past weekend I attended the Emerald City Steampunk Expo in Wichita (in my neck of the woods!).

There wasn't a huge turnout, but I did okay. I sold 8 books. For the Expo I created a brochure listing my ebooks, with prices, titles, and a few covers. I handed out about a couple dozen of the brochures. I don't know if that will result in any ebook sales, but the feedback was positive. I'm going start carrying them with me to events.

I saw several familiar faces, including someone I hadn't seen in over 20 years. Sadly I had to miss the two Doctor Who panels the local group put on. The first went on while the dealers room was open; the other started at 9 PM Saturday night, and I was too tired to stay. I was able to do a bit of networking at the con. I also was able to talk to a couple of the other authors there about ebooks and Amazon's Create Space Print-on-Demand service. I hope I was helpful.

Overall it was a good weekend for me.

The weekend after next is my last book event of the year. I'm pondering some post ideas until new works are published. See you soon!
Posted by Robert Collins at Monday, November 07, 2011 No comments: