Getting Out of the Hobby

Remember some months ago, when I wrote that I'd completed a new, small, model railroad layout? Remember me writing how I hoped that the new layout, which would let me play car switching games, would get me back into model railroading?

Sad to report, but it didn't. I undertook one test run, assembling a few cars into a train, and that was it. Even though I kept it in my bedroom, and saw it every day, I didn't take it out again. So I tossed the layout, and sold off what I could.

I wasn't able to remain excited about the hobby for two reasons. One was motivation. While I liked visiting websites, seeing what was being done, and what was available, I didn't feel motivated to run trains. I believe that was because of the second reason: expense.

Here's an example. Not too long ago, most freight cars in N scale (my scale; second smallest, and second most popular scale) were fair to good quality, and cost between $10 and $20. What does "fair to good quality" mean? It means that the cars ran well enough (though they sometimes needed modification), but small details either wouldn't be put on the cars, or would be molded on, and thus look absurd if scaled up to real life.

These days most N scale cars are very good to high quality. There are more fine details; details and paint are accurately sized; and the cars run better than ever. However, their prices start at $15 to $20, and go up from there. The expense makes it harder to assemble much of a fleet of cars. The cars look amazing, but you can't afford to have too many of them.

In the past, the solution to that would be to change to HO scale. HO is the most popular scale, by a wide margin, and falls in the middle in terms of the size of the scale. (N scale is 1/160; HO is 1/87.) That popularity used to make HO cars, locomotives, and everything else fairly reasonable in terms of price. That also meant that there were more affordable cars that were good quality or better. Now, though, the cost of materials has brought HO prices more in line with the other scales in terms of price. That makes switching scales a more difficult choice.

The only conclusion I could reach about me and model railroading was that I'm just not as engaged in the hobby as I used to be. It's time for me to walk away from it for a good long while and find other diversions. I did keep a number of articles I'd saved over the decades, and a book or two, in case I decide to get back in at some point in the future. But for now, model railroading appears to be in my past.

It's sad, but that's how life goes. Some things stick with you, while others fade in, then fade back out.
Posted by Robert Collins at Monday, June 16, 2014 No comments: 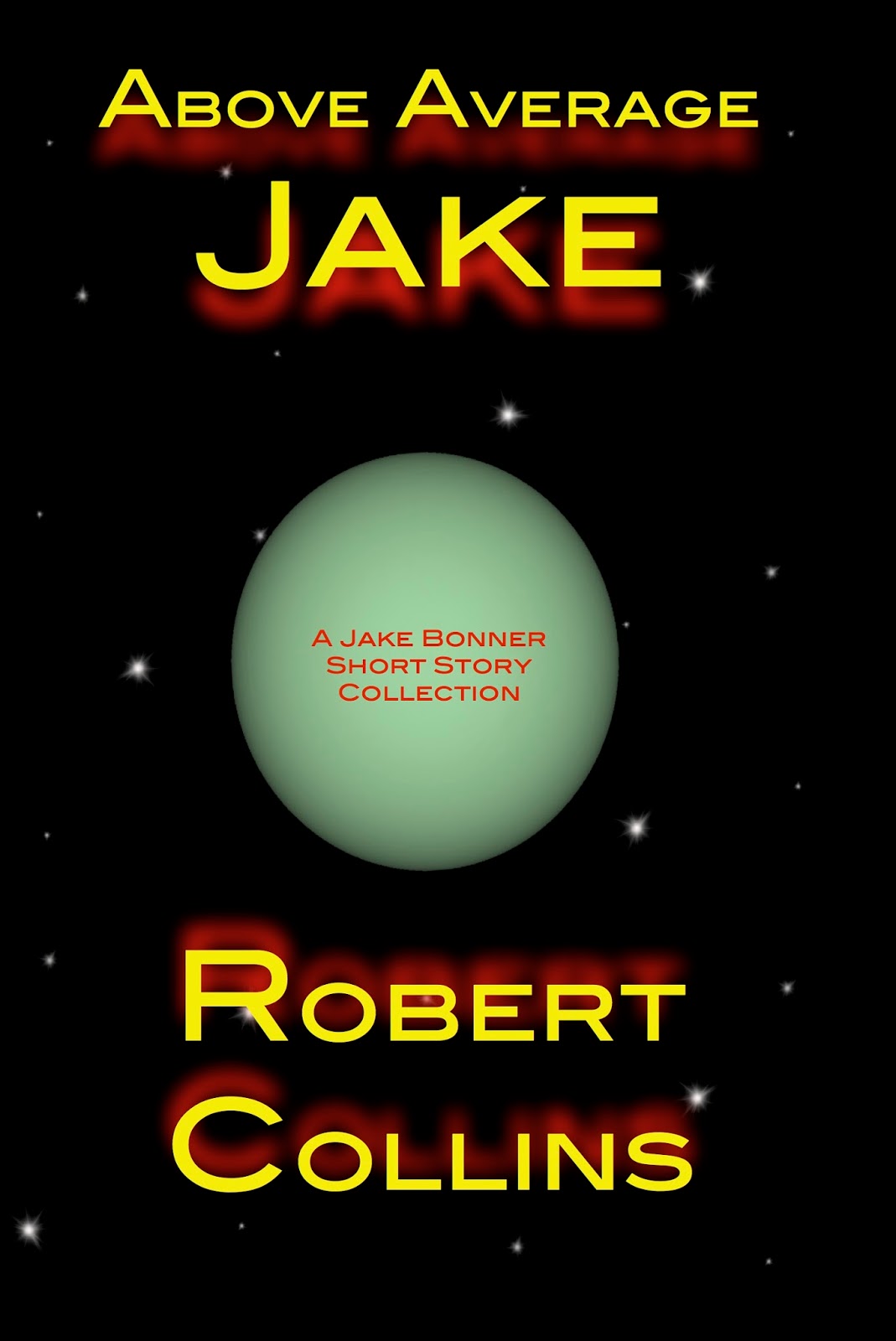 I have a new Jake Bonner work out, a short story collection called Above Average Jake:

Jake faces all manner of adventures in these tales. A scientist is claiming evidence of ancient aliens, and Jake has to offer protection. An old friend needs a guard for a wedding on a posh asteroid. An young star needs help dealing with a rival celebrity. Then there’s the woman claiming to be a telepath…

Jake has to use his wits, his cool ship, and his knowledge of pop culture to solve these problems. Can he survive such a mad galaxy?


As always, the collection is available in as a print book and an ebook. Right now it's at Amazon, B&N, Apple, and Smashwords, with more outlets coming soon.
Posted by Robert Collins at Monday, June 09, 2014 No comments:

Here's the fifth "writing stats" post of the year, letting you know how my writing output is progressing.

Yeah, so, May sucked. I had a minor but inconvenient health issue that kept me from writing for a couple of weeks. I'm getting better, but I do have a home-care nurse coming here every morning. Until those visits end, I'm only able to get in one writing session in a day, instead of two Monday through Friday.

So, I only managed to write 60 pages in May. Still, I did finish one project, a 50,000 word novel, and I've started the eighth Defender story.

I've got a couple of events in June, but I should be able to up that page count as I heal. Here's hoping for an improvement next month!
Posted by Robert Collins at Sunday, June 01, 2014 No comments: