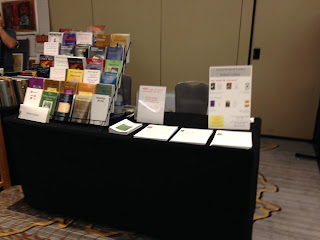 Over Memorial Day weekend, May 22-24, I attended ConQuest 46 in Kansas City. It was my first time back since 2013, as a minor health issue kept me from going last year.

It was great seeing folks I hadn't seen in quite some time, and meeting some new people. I chose not to take part in any panels, as I wanted to sell books and talk to folks. As I had to edit the proof of an upcoming book, and as I was on a dealer room schedule, I didn't go to any late-night parties.

As to the selling books part, I sold 27 books at the con. That's 10 more than in 2013, which is a nice jump. That said, it seemed like there were twice as many attendees this year as in 2013. That means I was something like 7 books shy of doubling my numbers from two years ago. Not a huge number to be sure. Sometimes numbers mean something, and sometimes they don't.

Speaking of sales, a few more of those were ebooks. It's not as much of an advantage in sales, being able to sell ebooks at cons, as it was being able to take credit cards instead of just cash or checks. But it feels like it's opening up a few more opportunities for me. By the way, if you're an author, and you're interested in how to sell ebooks at events, check out this post.

I took something of the long way home on the way back from ConQuest. I drove US-69 from the KC metro area to Fort Scott, and ended up taking K-39 from Chanute to US-400 due to a construction detour. Quite a few of the rivers and creeks I drove over were high; we've had a lot of rain this month.  One good thing about all this rain: the trees and grass were really green, and that's always nice to see while on the road.

I have just under two weeks to rest, then I'm up to Emporia for their annual "Author Extravaganza." Hope to see you somewhere!
Posted by Robert Collins at Tuesday, May 26, 2015 No comments: 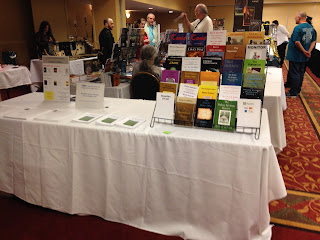 Over the weekend of May 8-10, I went to Lincoln, Nebraska, to attend ConStellation 6.

As in previous years, I had a table in the dealer room. Attendance appeared to be down from last year, most likely because that Saturday was graduation day for the university, and Sunday was Mother's Day. Still, I didn't do too bad. I sold 26 books over the weekend. I also had a friend buy several of my books at the Kindle Store. I also added a couple more addresses to my email newsletter. (It's quarterly now, if I haven't mentioned it before. You can subscribe to it at the right.)

I didn't do any panels, but I did agree to do a reading. However, I drew the short straw and ended up with my reading being at 10 AM on Saturday. Instead of reading, I just chatted with the few that showed up about various and sundry.

There was a little bit of an adventure on the trip. After I fueled up and got lunch on the way up Friday, I saw that the "Maintenance Required" light on my dash blinked for a bit before it went off. It did the same once I unloaded at the hotel and drove into the parking garage. I thought I hadn't tightened the gas cap, so I did that. The light came on and blinked just like before as I headed out Monday.

It seemed too early to find a garage in Lincoln, so I stopped in Beatrice. Turns out I was due for an oil change before the mileage for my regular service came up. Got that done, and made my way home safe and sound.

My next con is ConQuest, in just over a week and a half. Hope to see you there!
Posted by Robert Collins at Tuesday, May 12, 2015 No comments: 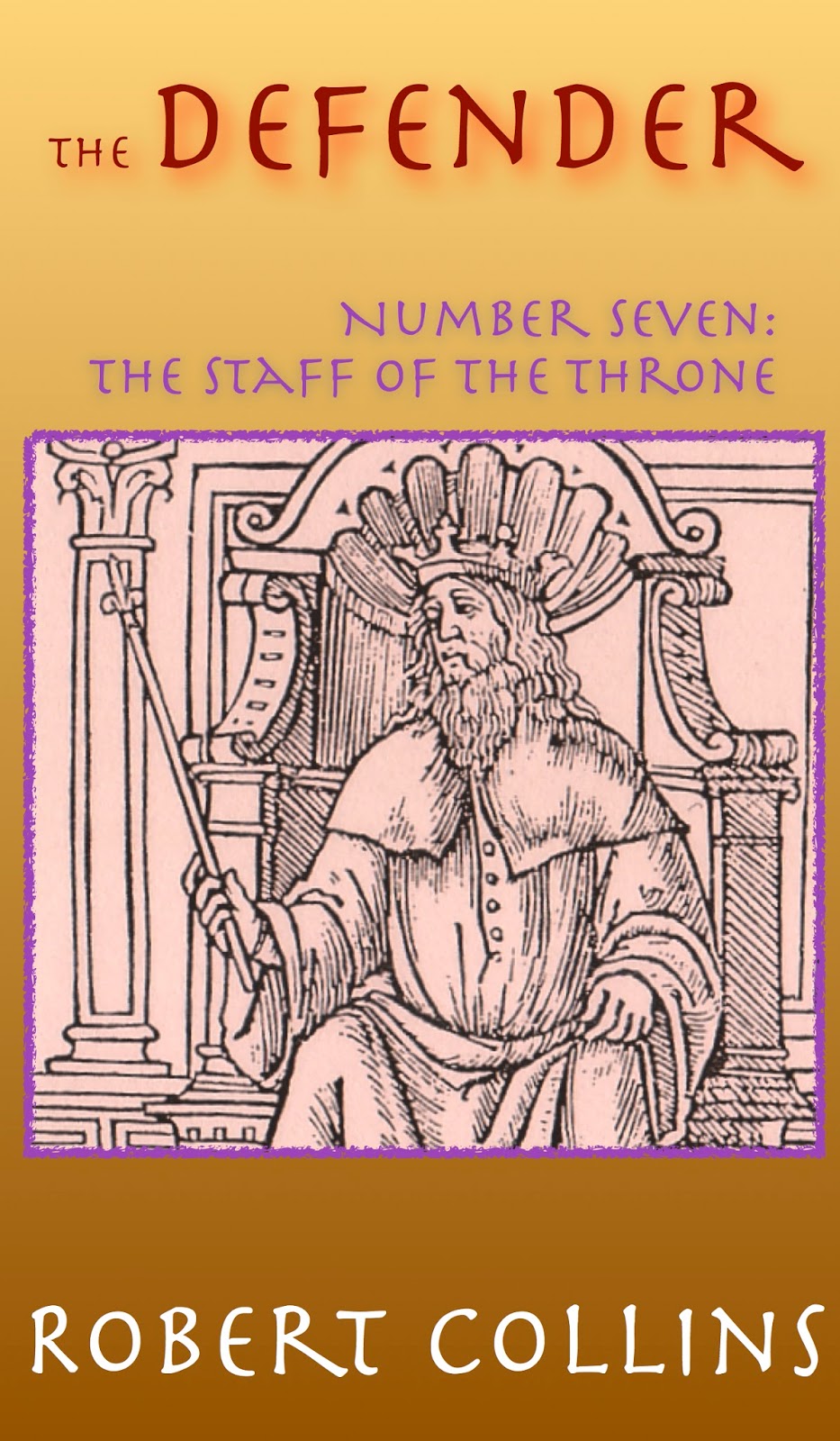 A new title in the series, The Defender: The Staff of the Throne, is now out. Here's the blurb:

“The Defender” has been summoned to meet the King. Allan answers the call of His Majesty. Allan’s wife Nancy, “The Moon Spirit,” follows him to Crown’s Hold.

Allan not only meets the King, but his daughter, Princess Elspeth. Elspeth reveals that her brother, Prince Alfred, is not a nice young man, and might not be a fit heir to the throne. Elspeth’s research into the past has uncovered that there was once an enchanted object, “The Staff of the Throne,” which used magic to determine the best kings.

Elspeth gives the Defender and the Moon Spirit a mission: find the Staff of the Throne, so it can be used to determine if Alfred should become King.

Can the Staff of the Throne be found? Will it help or harm the future of the Kingdom? What might happen to the Defender and the Moon Spirit if it it’s found and used?

It's on sale as an ebook at Amazon, Smashwords, the Google Play Store, and elsewhere. Check the Defender page for store links.
Posted by Robert Collins at Wednesday, May 06, 2015 No comments:

Here's the latest monthly update of my writing progress.

I lost some ground in March, and I know I'm going to lose some ground in May, so I put in the hard work in April. I lost a few sessions to errands, but by and large I met or exceeded my session goals. I wrote 199 pages. That's a handful of pages over the normal monthly goal. Yay!

Not only do I have two cons in May, but I think I need to get caught up on some reading, and I need to do some story plotting, so I might not get all that much written. Considering how good April was, I will be okay with that.
Posted by Robert Collins at Saturday, May 02, 2015 No comments: