Steam on the Horizon - book review 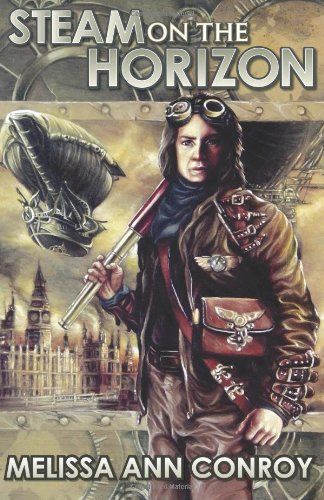 Steam on the Horizon is one of the books I picked up at OSFest from one of the authors I had the chance to meet at the con.

It's a steampunk novel, the tale of Gavin Roberts, an airman in 1850s Britain. Roberts is first mate of an airship when a boiler explosion damages the ship and kills the captain. As it happens, the captain is the incompetent son of the ruthless owner of the most powerful airship line in London. Roberts makes a deal to acquire the airship. He struggles to make repairs and assemble a crew as a brand-new Captain.

The novel is quite the zippy read. The language can be a bit much at times, but it does evoke something of the style of Victorian literature. There's the usual gears and gadgets as per any steampunk work. The story had some interesting detail touches, such as an inventor's drug habit and references to the Irish Potato Famine.

It's the first book in a series, and I'm interested in seeing where the story goes. Roberts is an interesting character, and the world-building is good.
Posted by Robert Collins at Monday, August 18, 2014 No comments: 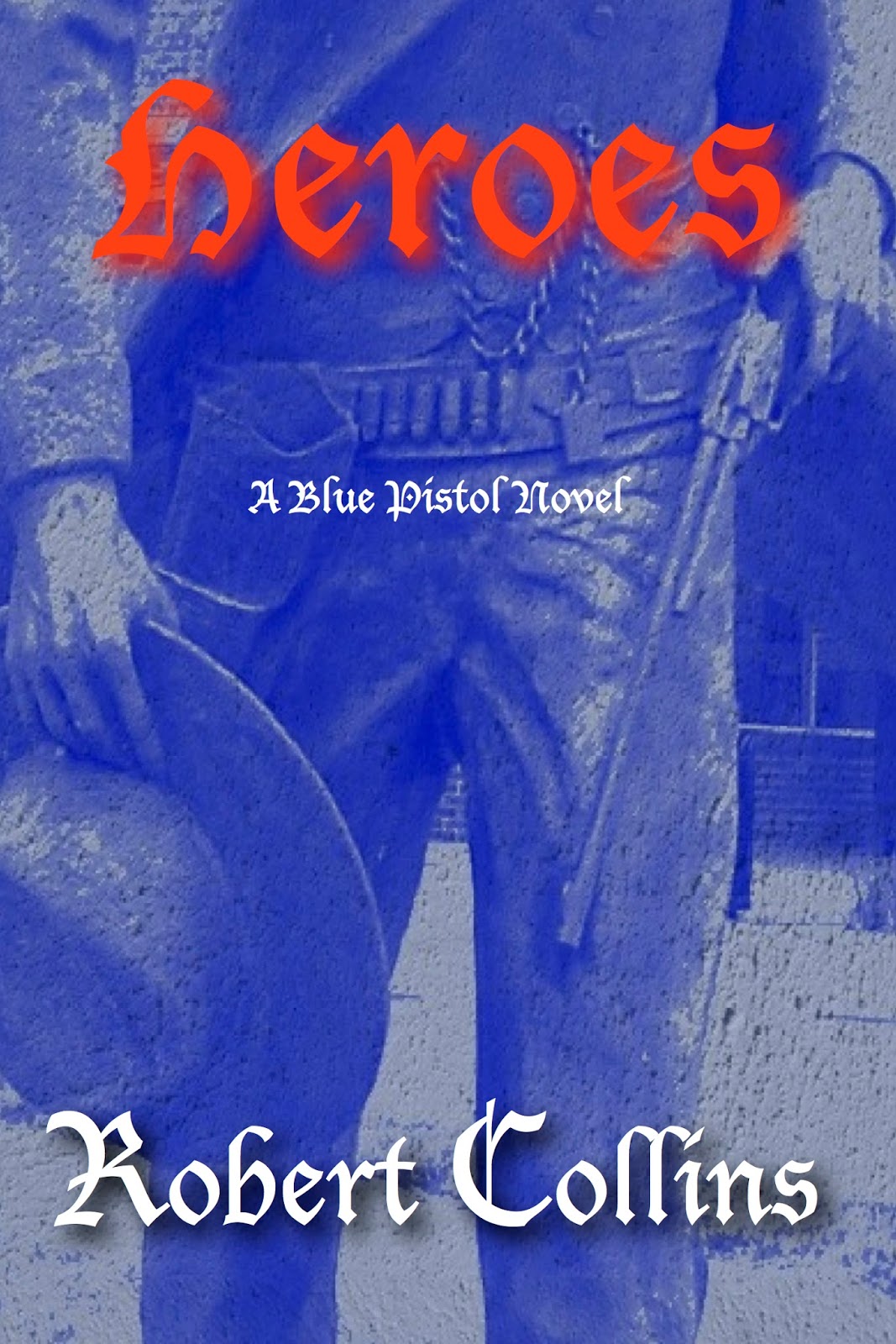 Heroes, the sixth book in the Blue Pistol series, is now out. Here's what it's about:

The Blue Pistol has been fighting to end slavery in the Settled Domains for years now. When the brother of an ally falls ill, the Blue Pistol sees that slavery isn’t the only problem he faces.

“Ignorance is the problem.”

To combat ignorance, he’ll attack the Slavers Guild on two fronts. His friend Illantia will bring the light of science to the Settled Domains. Meanwhile, his spy in the Guild will seed division and strife among the Guild leadership.


This is the last book in the Blue Pistol series. To celebrate, there's a new ebook edition of the first book in the series, Cassia, which will be free for the foreseeable future (starting at Smashwords). You can pick it up, as well as Heroes, at Amazon, Barnes & Noble, and Smashwords right now.
Posted by Robert Collins at Monday, August 11, 2014 No comments: 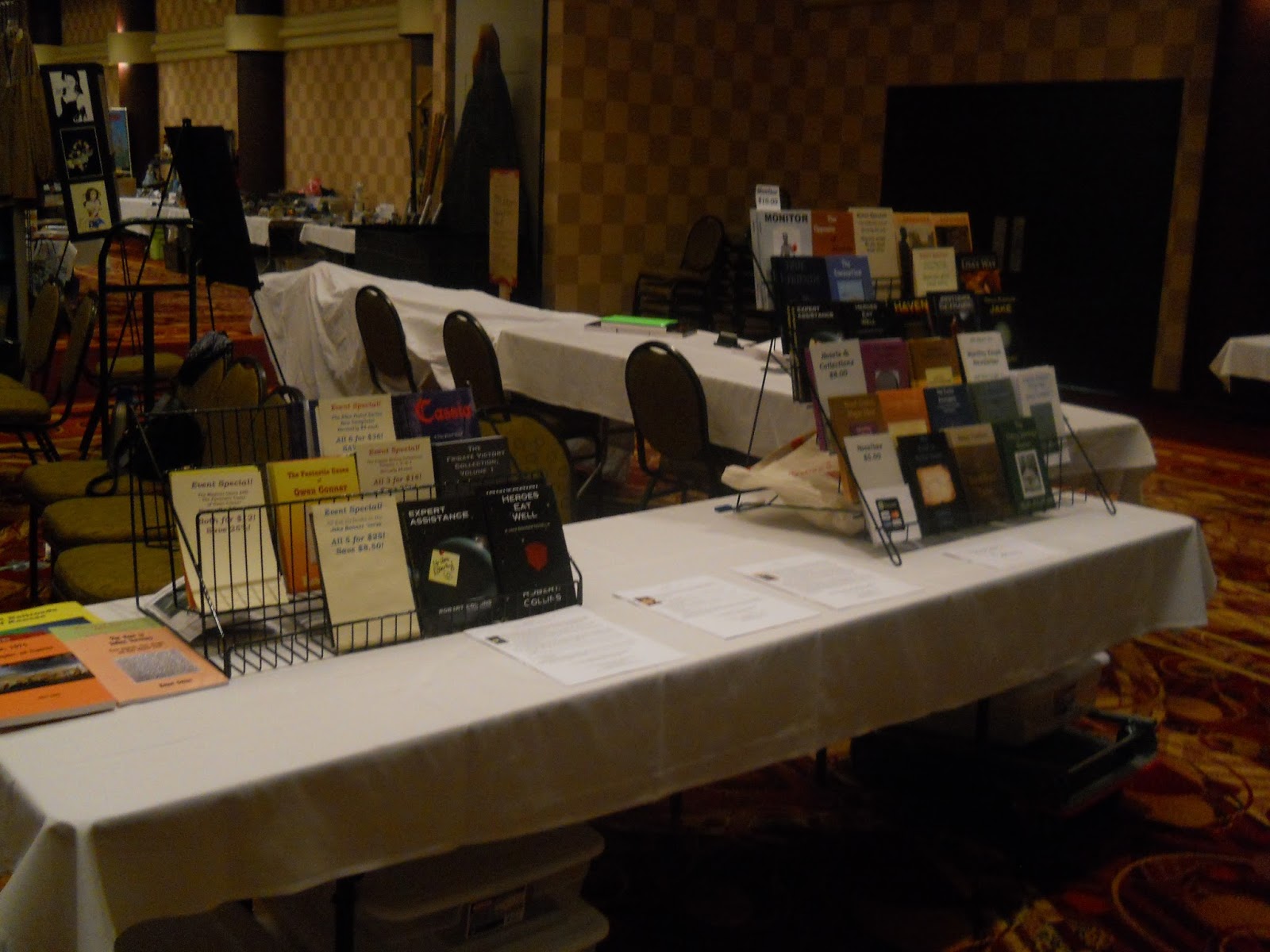 Over the weekend of August 1-3, I attended OSFest up in Omaha.

I had to miss last year's OSFest due to nonfiction book events. I had a table in the "dealer room," which this time around was one part of a large ballroom. There was space for live events next to our area, while at the other end were club displays, autograph tables, and the art show. The open layout was good for traffic, and it kept much of the con together.

As for book sales, well, this was my best con so far. I sold 37 books! That beat the old total from last year's ConStellation by a few. I gave out something like two to three dozen of my flyers. I also tested out a method of being able to sell ebooks at events. I'll try selling them for real at the cons I have locally come November, and I'll report on how the system works then.

I met some authors at the con, and picked up a few books. I'll give them a read and let you know what I think of them later.

The only panel I went to was one on Babylon 5 at 20, and that was as an attendee. It was a good panel. I was happy to see that at least a couple of dozen people attended the panel, if not a few more than that. Good to know that there's still plenty of love for B5 after all these years.

The drive up and the drive back home took me to some new highways this time. Because the highway was closed north of Nebraska City, when I got there I diverted to I-29 in Iowa, took that to I-80, and then went to the hotel. On the way back I took I-29 all the way to I-435 in the Kansas City metro; took 435 to I-35; then took I-35 to Emporia. I popped into the bookstore there to check on my books, got lunch, and took the Turnpike home. This was the first time I passed through Iowa in many years. I'm hoping for a bit longer stay in the state soon.

There aren't any other cons on my schedule until November. I will have more books out, perhaps a review or two, and maybe another post or two in addition to those. Until then, take care!

Posted by Robert Collins at Wednesday, August 06, 2014 No comments: