This post is about some of the decisions I made that inspired me to cut back on some of the things I had. It's a follow-up to this post about downsizing.

One of matters that got me thinking came in an episode of Tiny House Nation. One of the houses built was for a couple that lost their home in Colorado to a wildfire a few years back. The wife was the only one home at the time. The wildfire grew suddenly, and she had only a minute or so to evacuate. She talked about how hard it was to decide that fast what to save and what to abandon.

I can sympathize with those feelings. As some of you know, I lost almost everything I had at the time in the 1991 Andover tornado. My more recent downsizing hasn't been motivated by a fear of that happening to me again. But the episode did remind me how important it can be to look at your possessions and ask, "What would I really miss if I lost everything?"

That question led me to consider what I'd been keeping of late. As I said before, I found I still had letters from people I hadn't heard from in years, along with other bits and pieces that didn't seem to matter as much now as they had once. I felt some regret at throwing those things out. But I also felt good about discovering what I chose to keep. Some good parts of my life that I'd forgotten about came back to me, if just for a little while.

There's also the issue of physical space. For a long time it bothered me that I had stuff scattered over the house. For a time my books were in my office, then in big bookshelves in the basement. Now I have a handful of physical books in the office, and ebooks on my devices. Some of my personal belongings were in my room, while others were in the basement as well. I'd managed to get most of that stuff moved into my room. Now all of that fits in plastic boxes in my bedroom closet. Instead of being scattered around the house, everything I own is either in my bedroom, my office, or in the living room. I won't have to struggle to find where something is anymore.

Here's a more specific instance of dealing with the physical space objects can take up. I've saved all the badges from all the train shows, cons, and other events I've been to. I had no desire to get rid of any of them. However, I noticed that many of the badges were still in their plastic holders. Ditching as many of the holders as was possible meant that they no longer needed their own box, but could share space with other items. That simple choice gave me more space to work with.

If you're considering downsizing your possessions, I suggest you ask yourself these questions. First, what do you own that you'd miss if it was gone? What are you still hanging onto that isn't important to you anymore? How can you maximize your storage space through simple choices? Your answers to those questions should help you through the process.

If you're trying it, post somewhere how it goes, and good luck to you in downsizing your life!
Posted by Robert Collins at Tuesday, October 14, 2014 No comments: 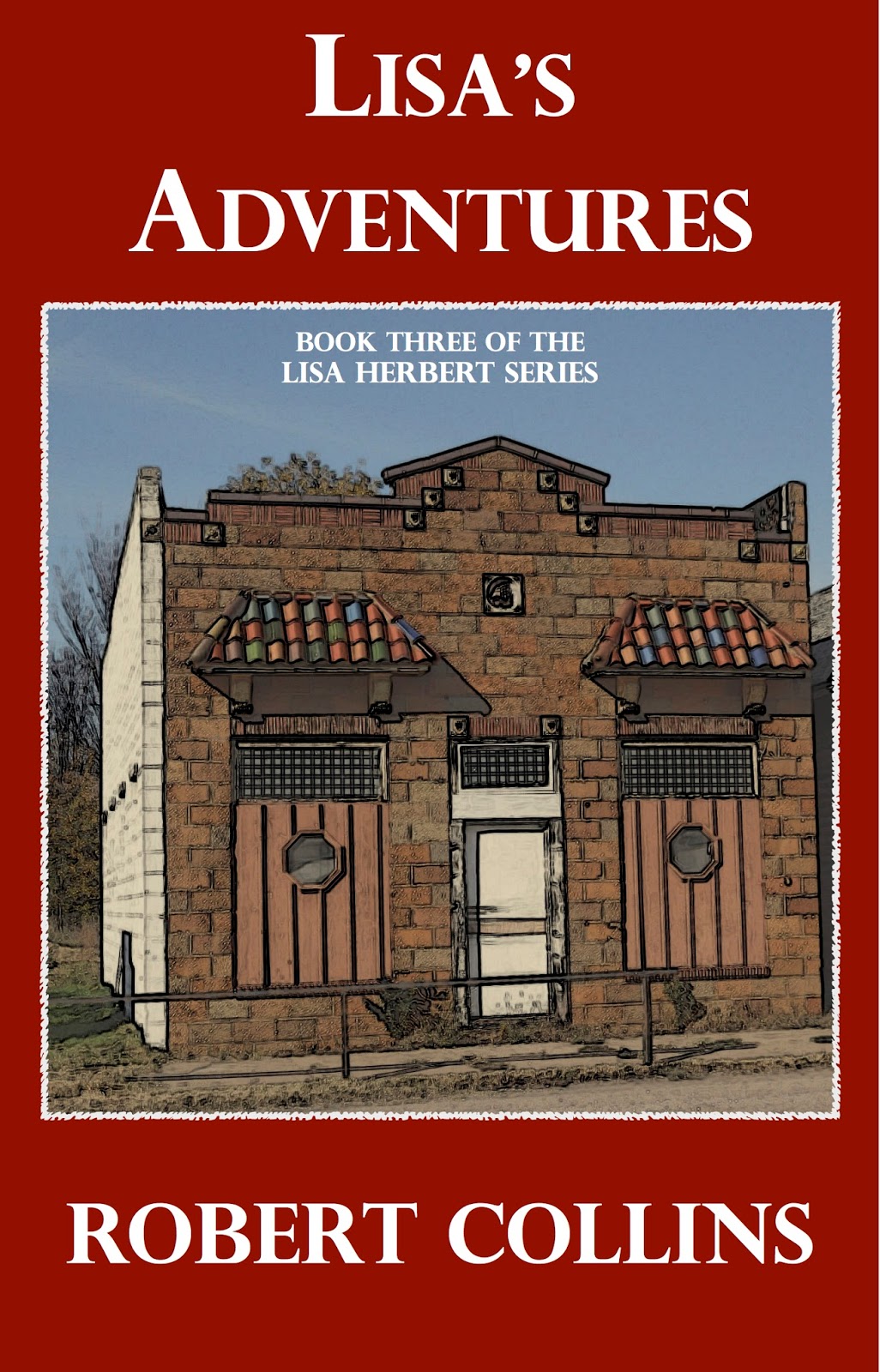 The third Lisa Herbert book, Lisa's Adventures, is now out. It's a short story collection, and here's the blurb:


This collection assembles 6 short stories featuring Lisa Herbert, the title character of the novels Lisa’s Way and Lisa’s War. The first 4 stories take place between the novels; the other 2 take place after the events of Lisa’s War. These stories see Lisa going to new worlds and taking on new responsibilities as she helps rebuild interstellar society.

Also included in this books are a pair of short stories from the original vision of Lisa Herbert, when her adventures were confined to post-collapse Earth. Author Robert Collins wrote a few words about those stories to let you know more about his first vision of Lisa’s life and how that vision changed.


The collection is in print and ebook editions. It's available now at Amazon, Barnes & Noble, Apple's iBookstore, and Smashwords. I have two more books in the series; one will be out by the end of this year, and the other early next year.

Posted by Robert Collins at Monday, October 06, 2014 No comments:

Here's the ninth "writing stats" post of the year, letting you know how my writing output is progressing.

In September I wrote 138 pages. That's not bad, considering that I didn't get any writing done the previous month. I finished two Defender stories, and as the month ends, I'm closing in on the end of a third Defender tale. While 138 is well under what I should have done, following the routine I laid out in January, this is the most I've written in a month since April.

Yeah, it's been that kind of year.

I think I should be able to make good progress in October. I've got plenty to work on, and I don't have any planned events to get in the way. I hope I can pick up the pace, since I might lose a little writing time to a couple of local cons I'll be going to in November.
Posted by Robert Collins at Wednesday, October 01, 2014 No comments: