Starting a new series of short books with 3 releases: 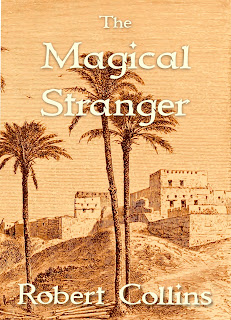 Dal, a thief, has come to Romallia, the seat of power for the kingdom of the same name, looking to steal a fortune. Before he gets the chance, he’s ordered to investigate the often-absent Royal Wizard. This “innocent” mission sends Dal across the sea to a desert land. He has to deal with a magical ship, lizard folk, plotting courtiers, and a pesky Princess. Dal the Thief has arrived in Andulia to practice his trade. But before he can, he’s brought before Princess Eliarra. The Princess needs help. Her father, the King, wants to marry her!

Is the King mad? Are spells being cast upon him? Dal has to sort through suspects and come up with clever tricks to figure out what’s going on. It seems he’s caught up in yet another adventure... 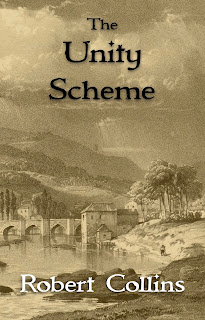 Dal the Thief has arrived at the twin cities of Perra and Orren in the kingdom of Farren. He would like to practice his trade, but the situation in the cities is complicated. Many merchants and tradesmen want to end the rivalry between the cities to obtain peace and prosperity. Two rival families would prefer to keep the rivalry going between the cities and between themselves.

The Captains of each city want Dal to put his wits and skills onto the task of unifying the cities. Can he fool bitter rivals into ending their feud? And what about the romance blooming between two members of the feuding families? Dal has his hands full once more, and he’s not happy about it...

All 3 are now on sale now, and more will be coming next year!

Posted by Robert Collins at Monday, August 10, 2020 No comments:

Another new month means another post looking back at what I wrote the previous month!

I hope all of you are doing okay. July saw me writing more on this new character and her adventures. In broad terms, I wrote 282 pages in July, which is a handful over what I would have written if I’d only reached my goals. That output came in spite of losing a few sessions here and there.

Looking forward, I have this present work to finish, plus a number of short stories to move to. I think at least one other project with this character could be novella-length. In addition to the outlines I have set up, I’ve got other story ideas I can plot out. So, lots to keep me busy!