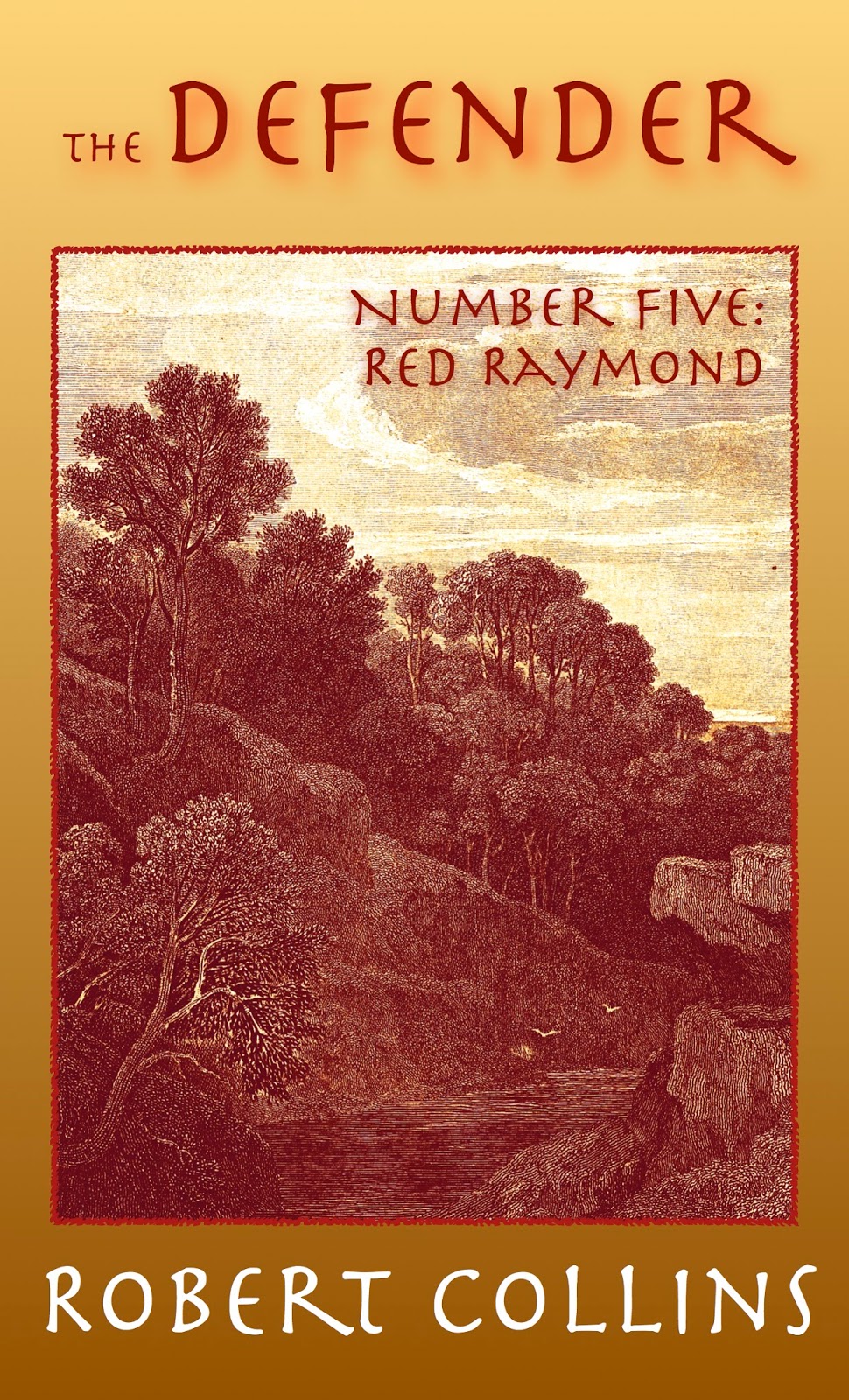 Lots of news about the Defender series to get to. First off, the fifth book in the series, Red Raymond, is now out. Here's the blurb:

News from elsewhere has caught the attention of Allan and Nancy, “The Defender” and “The Moon Spirit,” not long after their adventure in Green Hills. A mysterious outlaw known as “Red Raymond” is robbing travelers on the road. Rumors hint that Red Raymond knows magic.

Allan and Nancy head to the dukedoms of West Bend and Whitewood to investigate. Locals tell tales of Red Raymond eluding guards, and giving what he steals to the poor.

Is Red Raymond a mage? Is he giving up what he takes, or keeping it for himself? Should the Defender and the Moon Spirit stop him, and if they should, can they stop Red Raymond?

This is when changes in the releases of the Defender series will start. Red Raymond is only available as an ebook. But there will now be 5-volume print compilations published with every fifth release of the individual titles. Tales of the Defender, Volume 1, is now available in print, and I'll have copies at my events.

There's one last change to tell you about. You can now read the first Defender tale, Elderwood, in its entirety at Wattpad, and the ebook is free, right now at Smashwords, and elsewhere later.

I hope you enjoy the Defender series, and like these changes!
Posted by Robert Collins at Monday, January 12, 2015