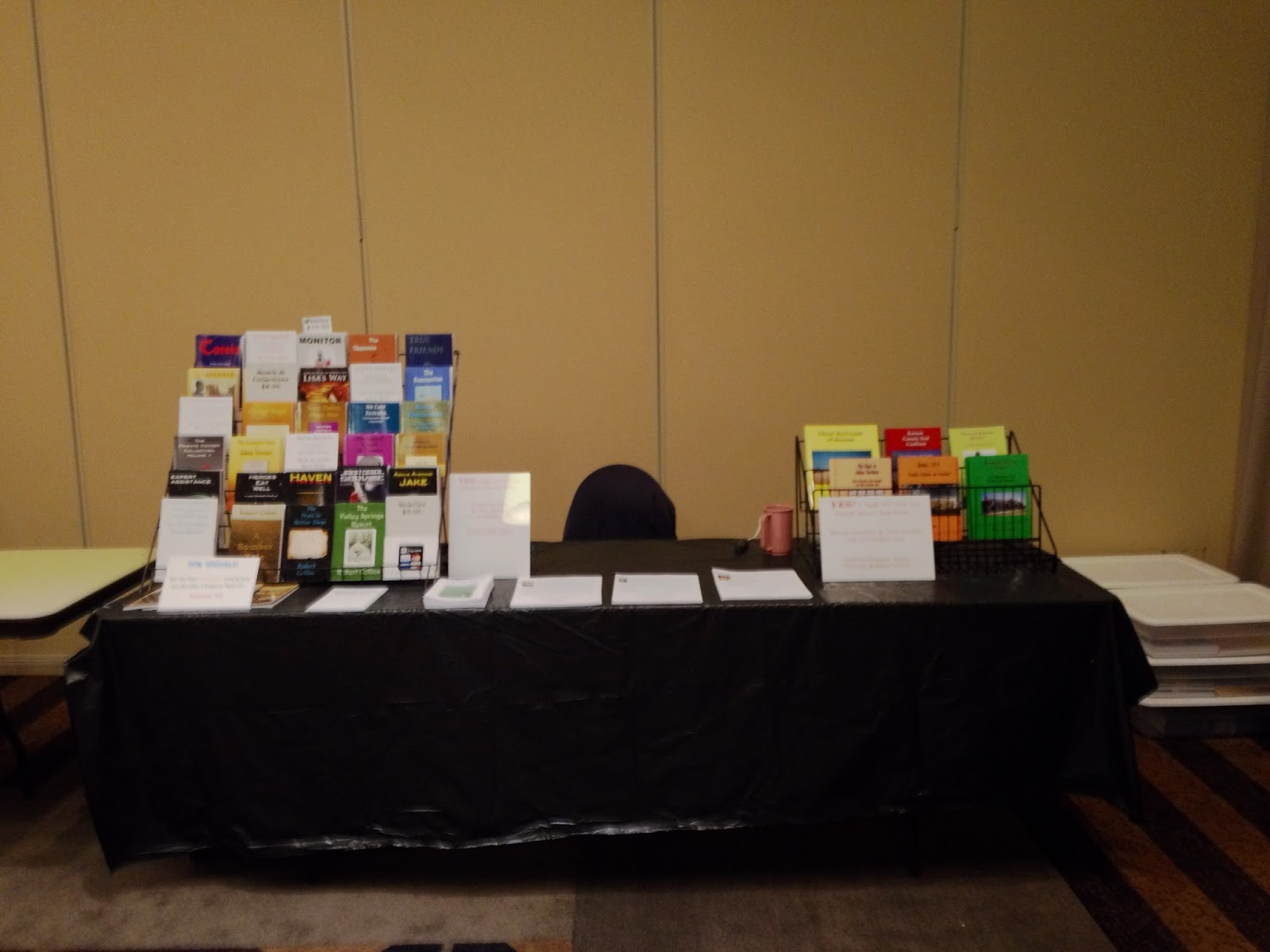 So, I had two local conventions on my calendar this month, back to back.

The first came on November 16, the Air Capitol Comic Con. It snowed that morning, but fortunately I had to pick up Kelly Peterson in northeast Wichita. That kept me on city streets, which were easier to navigate.

Attendance was good, in spite of the cold and snow. I saw some people I hadn't seen in quite some time, as well as some familiar faces. I sold 23 books, including my first three ebook sales at an event. (I'll have more on this system next month.) There was also a writing panel that I took part in, along with another local SF/F author and two comics writers. Our moderator wasn't able to make it, so I volunteered to moderate for him. I think the panel went well.

I let Kelly have space on my table to do commission drawings on site and sell them to earn some money. He was busy pretty much the whole day. In fact, I'm pretty sure he was at my table more than I was. I'm glad he was able to make money. It was good to have him around.

The Emerald City Steampunk Expo came around the following weekend, starting on Friday, November 21. Like last year, I had a table in the dealer room.

I saw plenty of familiar faces, including those I'd just seen on the 16th. I also met some new people. The sales numbers were fascinating. I didn't have that many overall sales, but most of those sales were for multiples of books. In other words, there weren't all that many single-book sales. Because of that, I managed to get 43 books sold. That's the most books I've ever sold at a con!

I didn't away from my table as much as I'd have liked, but I did get to look around the con hotel, the Broadview, a little. Most of you may not know, but I wrote a book about the Arkansas Valley Interurban 15 years ago. Some of the backers of the AVI had the Broadview built. The AVI passenger depot in Wichita stood between the hotel and the river, and for a time the AVI used the Broadview as a freight station.

The year in events isn't over for me just yet. In about a week and a half I'll travel up to Topeka for the author fair on December 6. There's also more writing stats and books coming out, so stay tuned to the blog!
Posted by Robert Collins at Tuesday, November 25, 2014