Here are the books in the series: 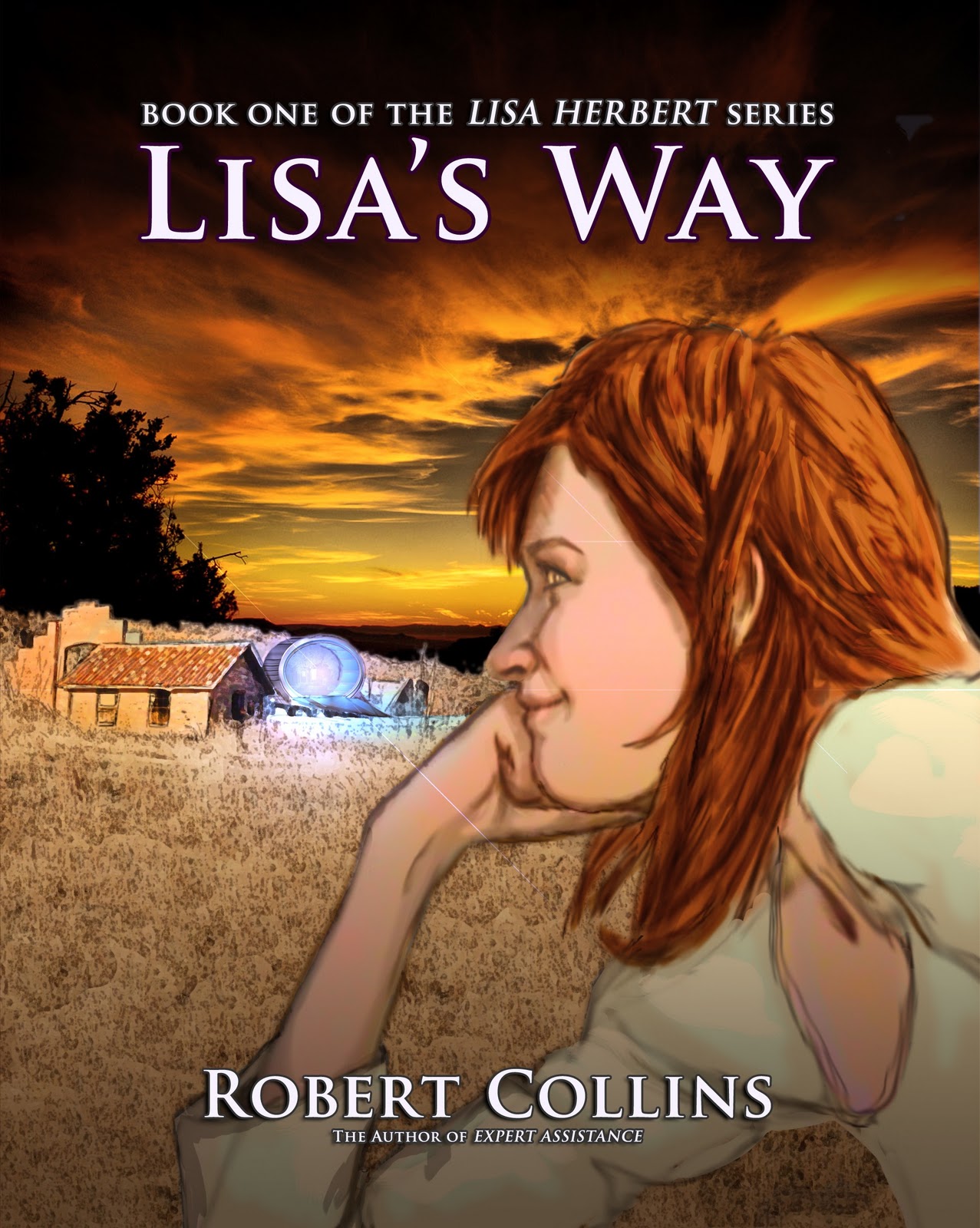 Lisa Herbert lives in on the planet of Fairfield. The “Savage Rain” decades earlier isolated her world. A remark from her sister gets Lisa to ask, “If life was better before the ‘Savage Rain,’ why couldn’t it be better again?” Lisa travels to three planets, using her wits, compassion, and a little sneakiness to rebuild civilization.

Lisa Herbert lives in on the planet of Fairfield. The “Savage Rain” decades earlier isolated her world. A remark from her sister gets Lisa to ask, “If life was better before the ‘Savage Rain,’ why couldn’t it be better again?” Lisa uses her wits and compassion to rebuild an interstellar civilization. This collection contains the whole series, both the novels and the short stories, in order. It's ebook only.

It’s been two years since Lisa first left her home planet to help reconnect people generations after the Savage Rain. A new year finds her visiting a world where no humans are living, and another where women rule due to their fear of raiders from a planet known only as “Barbaree.” Will Lisa be able to defeat these raiders, while showing that brains are better than brawn?
Amazon (print)

This collection assembles 6 short stories featuring Lisa Herbert, the title character of the novels Lisa’s Way and Lisa’s War. The first 4 stories take place between the novels; the other 2 take place after the events of Lisa’s War. These stories see Lisa going to new worlds and taking on new responsibilities as she helps rebuild interstellar society.
Amazon (print)

A new year sees Lisa Herbert visiting new worlds as part of her effort to rebuild what was lost during the “Savage Rain.” This time around Lisa has to deal with old grudges and new concerns. How will Lisa and her friends overcome these new obstacles? What are the truths that Lisa lives by, and how will those truths help her cause?
Amazon (print)

Another year brings another handful of planets for Lisa to visit, as her struggle to rebuild society generations after the “Savage Rain” continues.These journeys won’t be like any other Lisa and her friends have taken. One world was devastated by a mysterious disaster in the past. On another world, an ancient machine is still running. Past that second world? Earth...
Amazon (print)