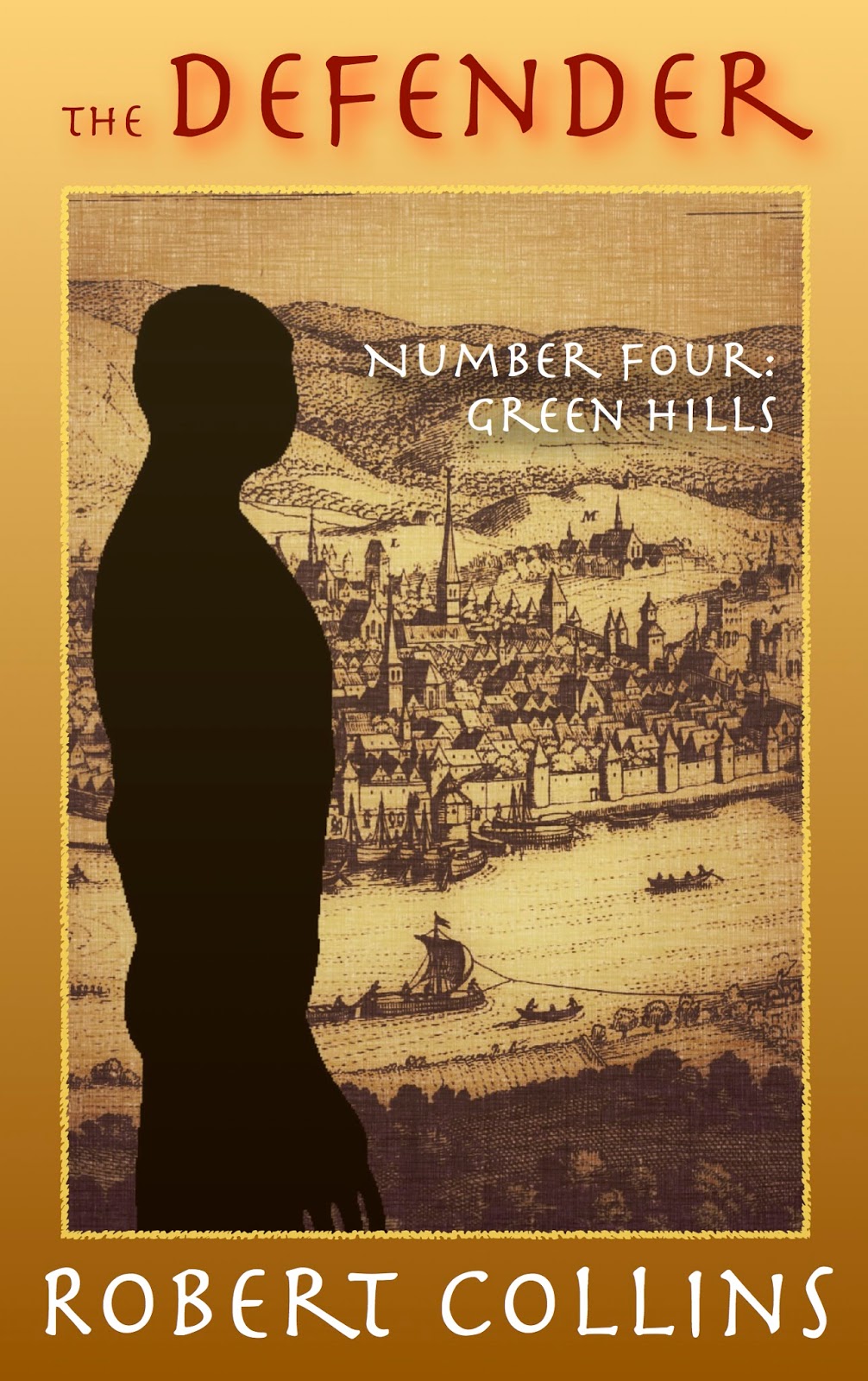 The fourth Defender story is now available! Here's what it's about:


A strange announcement has caught the attention of Allan and Nancy, “The Defender” and “The Moon Spirit.” Folk have been warned against venturing out after dark in the dukedom of Green Hills, specifically in the major town there, Green Town. Rumor is that the danger is due to gangs of criminals fighting each other.

Allan heads there first, and learns that a gang led by one “Four-Finger Franklin” was amassing a large group of outlaws, paying them in gold and silver. Then, before his men could strike, the coins turned to stone, and criminals began attacking each other.

It seems magic has to be behind this mess in Green Town. Can the Defender and the Moon Spirit discover the clues, restore order, and secure the ancient enchantments that have brought Green Hills to the brink of chaos?


The book is available in print and ebook editions, and is available now at Amazon, Barnes & Noble, Apple's iBookstore, and Smashwords.

There is going to be a change in how future Defender stories will be released, starting next year. Individual stories will only be released as ebooks. Five stories will be put together into volumes, and those will be print editions. I'm writing so many Defender tales that to put them all out in print would eat up the limited space I have for storing books and carrying them to cons and events.

An update here at the blog is coming, so stay tuned!
Posted by Robert Collins at Monday, November 10, 2014